The Fisher Funds Property & Infrastructure Fund aims to achieve positive returns over the long term. We sometimes refer to this fund as the “backbone” fund because the companies within the portfolio own assets which are the backbone of society such as airports, railroads, power companies, industrial buildings and power companies. This fund is invested in a handpicked portfolio of high quality companies.

This type of asset is appealing as they typically generate predictable and recurring revenue streams through the investment cycle. This is because they provide essential products or services. View all resources for this fund » 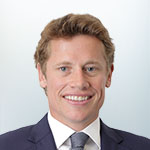 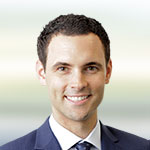 In January the Property & Infrastructure Fund returned 2.6%, behind its benchmark of 3.3%.

Infratil (+7.5%) updated the market on the independent valuation of its investment in Canberra Data Centres (‘CDC’), which was revised significantly upwards by around $500 million as at December versus March 2019. We continue to like Infratil as a defensive exposure with several growth assets that have been under-appreciated by the market.

Auckland Airport (-1.1%) air traffic continues to be below-trend as Chinese passenger numbers are reducing, while key Australian and New Zealand passenger numbers are flat. This reflects cuts in airline capacity, softer trans-Tasman economic conditions than recent times, plus less growth in Chinese outbound travellers. Like everyone, we are actively monitoring the progress of the current Coronavirus outbreak both with concern for the health and wellbeing of our society, but also as a risk factor for the company in the near term. History suggests such events do not negatively impact airports in the long term. The fund’s other port and airport holdings also saw price declines. You can see the companies this Fund invests in below. Typically investments include airports, railroads power companies, cellphone tower networks and include Real Estate Investment Trusts (REIT’s).