A world of investment opportunities

Our investment team travels around the world to identify businesses that have durable competitive advantages and significant growth opportunities. The portfolio includes both large well-recognised businesses (many of which are household names), and smaller companies with long growth runways. Regardless of the size of these businesses they are typically leaders in their markets. We employ a research heavy investment process, and invest only when we believe the market does not fully appreciate the long term potential of these businesses.

See a selection of the companies the International Growth Fund invests in below. You’ll find a wide variety of companies from technology giant Alphabet - the parent company of Google, discount retailer TJ Maxx through to Chinese app provider Tencent. The International Growth Fund ended the month down 3.3% versus the benchmark down 2.8%. Global equity markets were 4.3% lower in September on a myriad of concerns. These included rising inflation and hawkish commentary from central banks that saw interest rates rise. Partisanship in the US over increasing the debt ceiling to pay obligations and the infrastructure bill. Lastly, economic concerns in China following as one of the country’s largest property developers, Evergrande struggled to meet its interest payments. Together these had investors climbing a wall of worry.

Portfolio company highlights for the month were Hilton (+8%), Dollar Tree (+8%) and Signature Bank (+7%). Hilton was higher as the number of covid cases in the US started to fall. The company, which doesn’t own hotels, but instead franchises its branding, is also gaining from more independent hotels wanting to join its network to get access to the company’s engaged customer base. Dollar Tree, has two retail banners (Dollar Tree and Family Dollar) in the US. Until recently, one of these banners, Dollar Tree, sold all items for $1. During the month, the company said it would lift prices. This will help the company offset the cost of freight which has skyrocketed in the last 12-18 months, pressuring profits.

Signature Bank continues to perform strongly. During September the Federal Reserve signalled that it would taper its bond buying program sooner than expected. This triggered interest rates to move higher, benefitting Signature Bank which is currently has a significant amount of cash on its balance sheet and will now be able to invest at higher interest rates.

Drags on performance were Facebook (-10.5%) and Alibaba (-11.3%). Along with being on the wrong side of the rotation out of ‘growth’ stocks and into ‘value’ stocks, Facebook was lower on concerns that Apple’s ad-rule changes may crimp Facebook’s sales growth. Alibaba continues to deal with a regulatory overhang with speculation the impact on numerous industries will lead to prolonged consumer weakness.
StoneCo (-24%), a digital payments provider based in Brazil continues to deal with teething problems with a new government designed registration system for debt receivables that has caused higher than expected delinquencies on advances to customers. 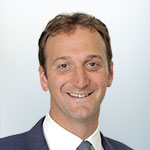 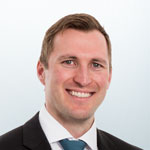 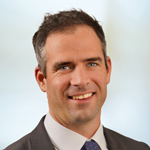