What if rate hikes are doing more harm than good?

What if rate hikes do more harm than good?

Is conventional wisdom sending us into recession?

The response to rampant inflation is sharply higher interest rates. Otherwise, an inflationary mindset will likely embed itself, making it harder to eventually break. This is the conventional wisdom of today. But is it right?

One thing is for sure, there will be huge consequences if it’s not.

Economics is the only field in which two people have received a Nobel Prize for saying the opposite thing. That’s because they are complex adaptive systems, meaning that despite centuries of study many of today’s economic theories remain imprecise, incomplete, and subject to considerable revision.

We are told our high inflation environment has worrying similarities to the 1970s and that much higher interest rates are needed to head-off rising prices before they become self-sustaining.

The common belief underpinning this is that inflation only really gets going when people come to believe prices will keep rising. Much like today, surging prices back in the 70s weren’t just assumed to be a result of short-term supply disruptions, which they were. Instead, people thought they were a harbinger of things to come.

The story goes that to break this vicious cycle of high prices begetting higher prices, tough decisions are needed, and that they fall on the shoulders of central banks and their primary policy tool – interest rates. Hiking interest rates as quickly and as high as they did in the late 70s and early 80s triggered a severe recession. But, despite this, conventional thinking remains that this was necessary to avoid out-of-control inflation becoming entrenched.

It is because of this that central banks place considerable weight on what financial assets and surveys tell them about people’s expectations for future inflation. To understand just how engrained this theory is in our Reserve Bank’s current thinking look no further than the last Monetary Policy Statement where the Bank stated, “the most significant risk to be avoided at present was longer-term inflation expectations rising above the target and becoming embedded”.

The evidence that inflation expectations lead to inflation is patchy

Just like many other previously well-held economic theories before it, the idea that inflation is caused by inflation expectations also has some alarming holes in it.

It makes more sense to me that employers and employees arrive at prices and wages based on the conditions they’ve recently experienced. Not what they expect to happen in the future. At least that has been the basis for the wage discussions I’ve been part of.

What’s interesting is that even some central bankers have begun questioning this theory. Just last year, a senior adviser at the U.S Federal Reserve wrote a 27-page paper refuting this mainstream economic theory. It’s titled “Why Do We Think That Inflation Expectations Matter for Inflation? (And Should We?)” and is freely available on the internet if you’re interested.

To me, the risk of misdiagnosing our inflation problem seems high. But administering the wrong kind of medicine is also a distinct possibility.

The problem isn’t too much demand; it’s too little supply

Rising interest rates make it more expensive for consumers and businesses to borrow money. The hope is that this will reduce people’s demand for things. Bringing it back in line with supply. That would seem a reasonable response to an economy that was overheating from too much demand.

But too much demand isn’t the problem. In fact, quite the opposite. Surging living costs are already causing the demand outlook to sour. Wages are not keeping pace with costs, which is depressing consumer and business confidence, and falling house prices threaten to throw years of household wealth creation into reverse.

Prices are going up because of global supply concerns, brought about by exogenous factors like the war in Ukraine, pandemic-induced logistics problems, and reduced availability of resources. The degree to which demand would need to fall to offset these factors severely risks driving the economy into recession.

Households are facing a cost-of-living crisis, even without further interest rate hikes

The four largest, non-discretionary expenses in the Household Living-Costs Price Index (housing, food, transport, and interest payments) have risen by a weighted average of 8.9% in the last twelve months. Ratcheting up interest rates may put downward pressure on housing-related costs in time. But it seems more likely, at least in the short-term, that quickly rising borrowing costs will exert yet more pain on an economy already reeling from inflation.

A less discussed side-effect of much higher interest rates could also be less supply. Prices imbed an important signal effect. Higher prices tell buyers to buy less and producers to produce more until supply and demand are again balanced. But at a time when producers are struggling with labour shortages and supply chain snarl-ups; will they feel compelled to expand production in the face of higher borrowing costs?

Economic theory aside, raising interest rates into a moderating growth picture is a tricky business, especially considering the impact of these changes typically take six to twelve months to be fully felt. Just as low-dose medication can reduce the impact of misdiagnosis or side-effects, a similarly slower pace than the 0.5% increments in which the Reserve Bank is hiking the Official Cash Rate should be considered. 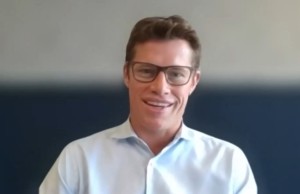 Facilitated by our Chief Client Officer – Cath Lomax, our panelists discuss the current volatility and how Fisher Funds, as experienced active investment managers, are working through it while maintaining our long-term investment strategy. 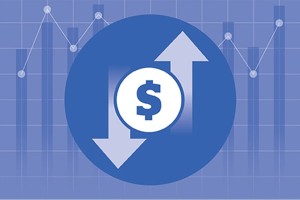 Listen: How KiwiSaver has changed over the last 15 years

They discussed what is causing the current market volatility, how it is impacting KiwiSaver investors and what they should do. They also look back at how KiwiSaver has evolved over the past 15 years and what needs to happen to keep it growing and succeeding as a scheme. 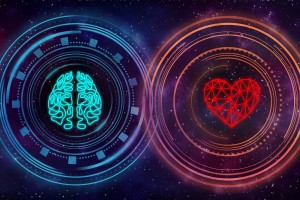 Investing success hinges more on mastering our emotions than it does on mastering financial markets. That’s because of how susceptible we are to a host of unconscious biases which can hijack our rational thinking. Identifying our emotional tendencies is the first step in controlling them. The second is putting in place steps to counteract these impulses. 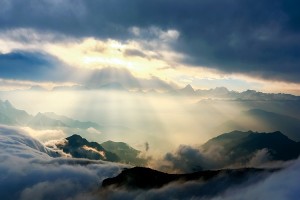 The start of 2022 has been accompanied by a host of worries for investors and non-investors alike. Stock market volatility is at once a symptom and one cause of these worries. Fisher Funds’ active investment approach means that we proactively capitalise on the compelling investment opportunities unearthed by market volatility. We have recently added some new investments to our portfolios at prices we believe are very attractive. We profile one of these below - the software giant, Salesforce. 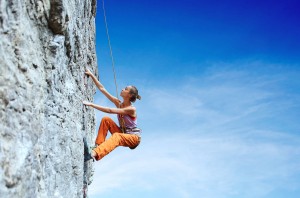 The shock invasion of Ukraine by Russia has added another risk to the list of investor concerns. Inflation, interest rates hikes, a share market correction – and now a war. While selling investments or switching strategy ‘until the coast is clear’ might feel like the right thing to do in turbulent times, snap decisions can also do significantly more harm than good. While the environment may feel grim now, markets tend to climb as the wall of worries recedes. 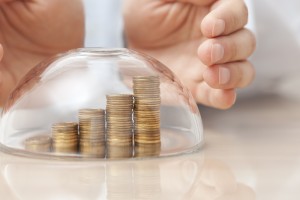 Investing in an inflationary environment

Most of us were pretty happy to say goodbye to 2021, but if you are still feeling a little gloomy, you’re not alone. Aside from COVID-19 and its many iterations, we have been left with record levels of inflation and rising interest rates. A perfect storm for homeowners, struggling to meet increasing living costs, pay down the mortgage and save for retirement. 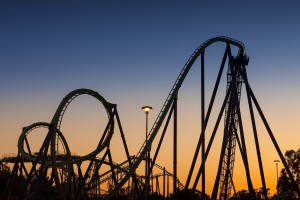 A rollercoaster start to the year

Share markets have had a rollercoaster ride so far this year, and understandably the ups and downs have made some investors and market commentators nervous. But turbulence is a natural feature of markets. For long-term investors it can actually be a blessing in disguise. 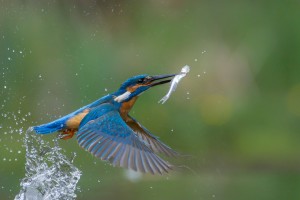 The new year is already shaping up to be far more volatile than 2021. Less than a month into 2022 we’ve already experienced a significant sell-off in many markets around the globe. Concerns regarding inflation, rising interest rates, and the prospect of central banks withdrawing quantitative easing this year have sent shockwaves through markets. At one point this week, both the New Zealand and US markets were down more than 10% from their peaks, while the tech-heavy Nasdaq Composite is still down over 15%.